One of Render Loyalty’s conservation partners, the David Sheldrick Wildlife Trust, is best known for its pioneering work rescuing, rehabilitating, and reintroducing orphaned elephants back into the wild elephant herds of Tsavo. DSWT’s elephant orphans join their program because they have been left orphaned, alone, or gravely injured often at the hand of poachers or human conflict. Whatever the reason for their plight, the babies have little chance of survival without human intervention. Thanks to the people at DSWT, over 200 baby elephants have been rescued, raised, and returned to the wild.

When Chad and I went to visit DSWT in Kenya last year, we were immediately taken with the vibrant personalities of the elephant orphans, it was hard not to compare them to toddlers. We witnessed such a breadth of emotion in just moments: playfulness, sulking, intense excitement, even shyness.

Among our favorites was a tiny elephant who still seemed so small and fragile compared to the others who scampered around him. This was Luggard, the star of our Tiny Trumpeter print. Luggard came to DSWT with a traumatic history. He arrived with two bullet wounds—one that had shattered his right knee and another that had blasted through his left foot. DSWT’s anti-poaching unit first spotted the little guy struggling to keep up with his herd, his wounds swollen and clearly painful. While his herd was trying to give him the opportunity to keep up, it seemed certain that he would quickly fall behind as the infection in his leg worsened.

Realizing that Luggard had limited time, DSWT deployed a sky veterinarian team to rescue the calf. He was brought to the DSWT orphanage where he received immediate medical attention for his severe injuries. While his wounds were healing, he was kept confined in order to prevent further injury. But as he healed, the brave boy became distressed—yearning to be out in the bush with the other elephant babies. Realizing that his emotional health was just as important to his healing as his physical process, DSWT decided to let him out with his new friends.

The stoic little man soon became a beloved member of the DSWT family, reciprocating the love and attention given to him by his human companions. After months of healing, the caretakers at DSWT believe Luggard is pain-free, judging by the way the now not-so-little guy throws himself into the mud and plays vigorously with his friends. While one of his legs will always be just a bit shorter than the other due to his injury, Luggard doesn’t seem to notice. Instead, he seems focused on enjoying his life to the fullest.

For more about Luggard or to foster him please visit DSWT's website here. To shop our exclusive image of Luggard, entitled Tiny Trumpeter, please click here. 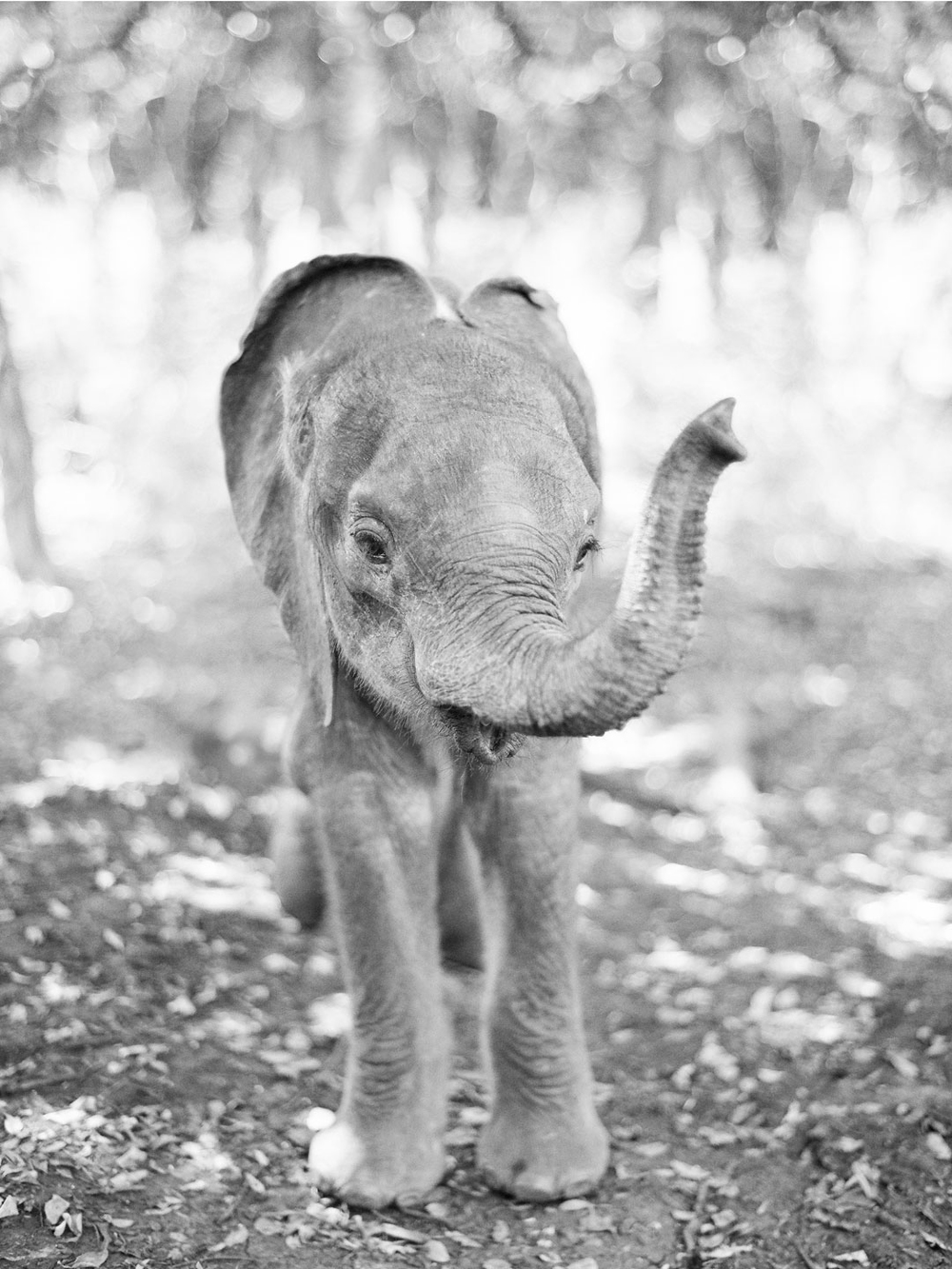