Breathing in the Kenyan wilderness, I spotted a beautiful cheetah dozing in the grass. Seeing my surprise at this predator’s docile demeanor, my safari guide explained that most people don’t realize cheetahs spend most of their time conserving energy so they can be quick on their feet when it comes time to feed or flee. Before seeing one in person, I thought the cheetah’s speed was its most unique trait. However, what I learned during my trip is that these creatures are much more majestic, complex, and victimized than I ever could have imagined.

The only member of the genus Acinonyx (a term which means ‘no-move-claw’ in Greek), cheetahs have many unique characteristics that set them apart from other big cats. For instance, they are the only big cats who cannot roar and must often fight to defend their food and families from lions and hyenas. Despite their status as the world’s fastest land animal, they can’t outrun the constant threats of habitat loss, human conflict, and illegal trade pushing them up the endangered species list.

Although countless cheetahs used to roam the continents of Asia and Africa, they have become the most vulnerable of big cats; today, less than 7,000 live on just 10% of their historical range. Forced out of their natural homes by predators and humans, cheetah ranges often clash with farmland, forcing man and beast to defend themselves. When people feel threatened by nearby cheetahs, they resort to violence to defend their livelihood. Because cheetahs hunt during the day, they are more visible (and thus easier to blame for livestock loss) than their nocturnal counterparts.

Their undeniable beauty is also a threat to the persistence of this species. The ancient Egyptians tamed cheetahs and kept them as pets, hunting companions, and status symbols—a tradition continued by the rich and famous to this day. Because they are difficult to breed in captivity, cheetahs must be illegally caught in the wild. The illegal capture, transport, and sale of cheetahs was responsible for the extinction of almost all the Asiatic population and endures through the black market today.

Illegal cheetah capture and sale leads to the death of five of every six cubs. Defenseless cubs are extremely reliant on their mothers; strong matriarchs must constantly hunt while also defending their dens against raids. Sadly, many cheetah mothers will live their entire lives without raising even one cub to maturity.

As wild cheetahs face seemingly endless threats to their homes and families, we need more countries to enact national policies that support cheetah conservation. Increasing protected acreage is just the beginning: as these areas often host higher concentrations of predators and competition, cheetah families struggle to feed and flourish. To save this species from its imminent extinction, responsible conservation organizations like the Lewa Wildlife Conservancy must be established. Lewa’s beautiful grounds provide an ideal landscape for cheetahs to hunt, run, and raise their cubs as evidenced by The Three Brothers who lived to be 14 on the Lewa grounds. Today, 13 cheetahs call Lewa home, including some newborn cubs!

Support this struggling species through a visit to our partner, the Lewa Wildlife Conservancy, or with the purchase of any print from our Lewa series. You can champion the Cheetah specifically with a purchase of any one of these beautiful images: No.5 Surrender, No.11 Spotter, No. 17 Afternoon Nap, or No. 19 Nature's Table. As threats to cheetahs increase daily, it is imperative we help them win this race for their lives. 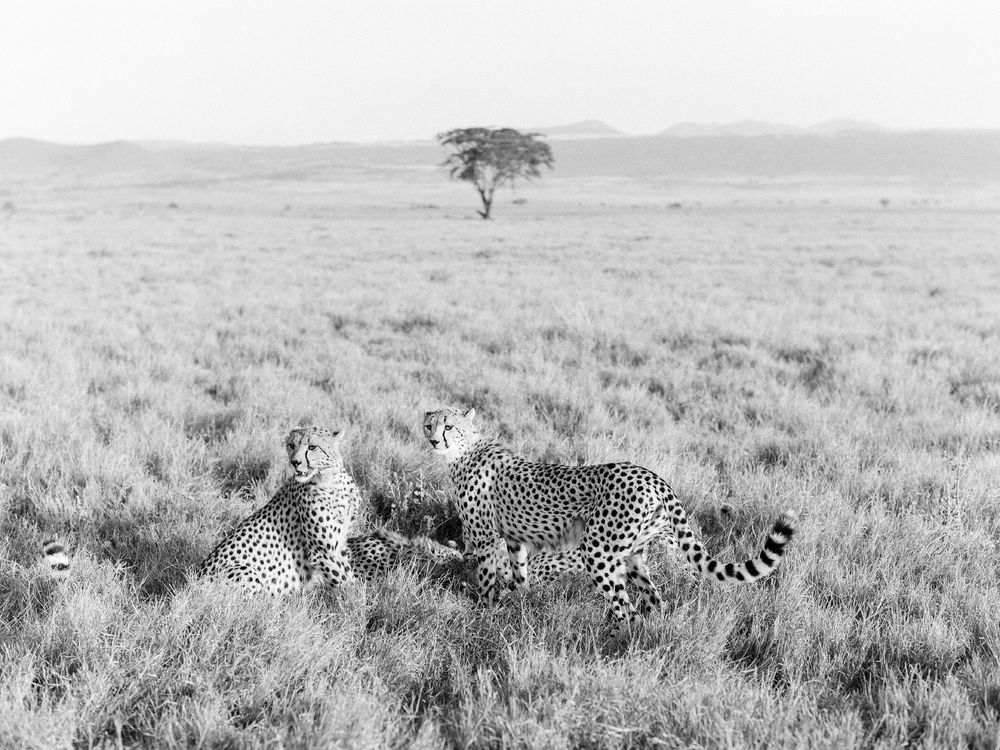 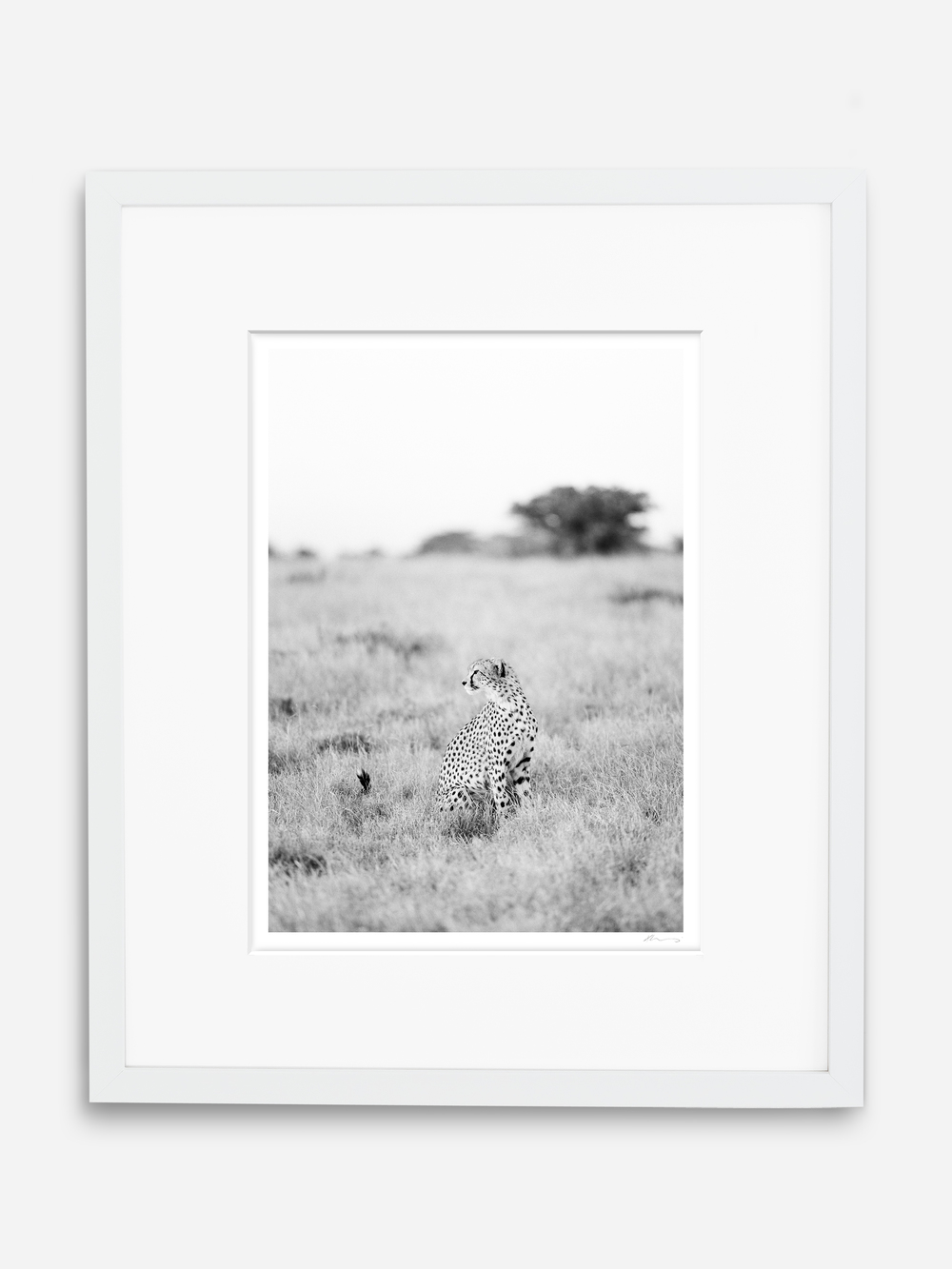 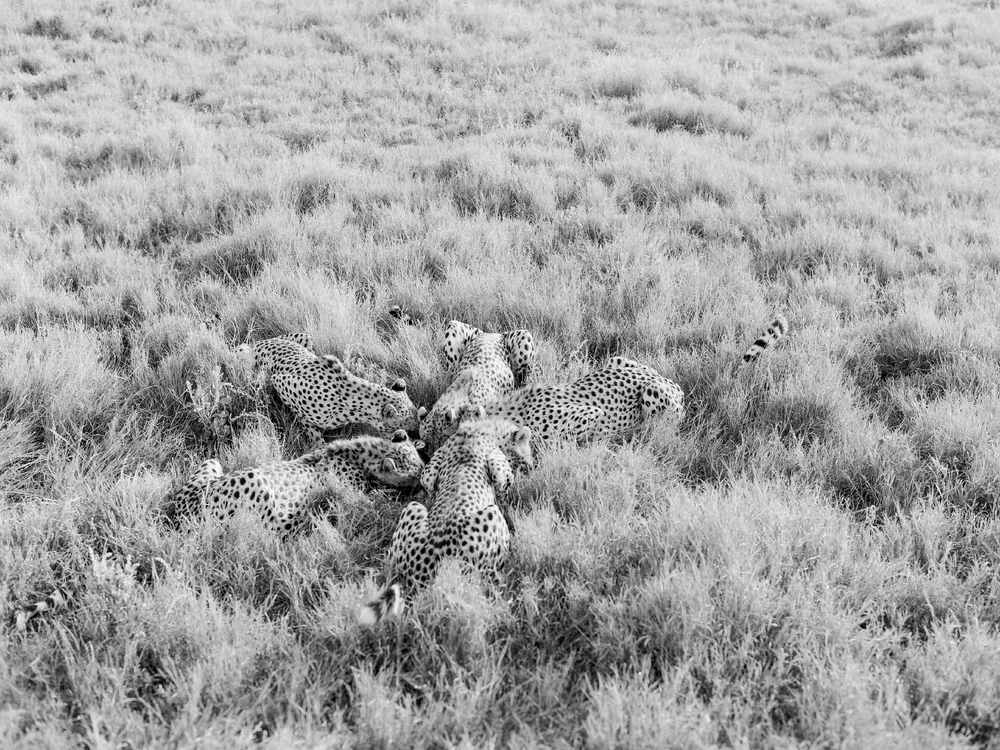