Conservationists and animal lovers around the globe are grieving the loss of the last male northern white rhino. Sudan was 45 years-old, suffering from infections, and unable to walk when he was euthanized by his Kenyan veterinary team just a few weeks ago. Now, with only two remaining northern white rhinos, his species is facing imminent extinction.

As the catalyst for the creation of this organization, Sudan holds a very special place in our hearts here at Render Loyalty. Our founder KT Merry wrote about this single moment of empathy, upon seeing images of Sudan in the news, that changed her life forever and inspired her to create an organization committed to protecting vulnerable animals. Now, a few years later, and in the face of this enormous loss, we are more compelled than ever to continue spreading awareness for our vanishing creatures.

Born in South Sudan in 1972, Sudan was captured at the age of 2 and taken to a zoo in the Czech Republic. In 2009, he was relocated to Ol Pejeta Conservancy in Kenya where it was believed he would thrive closer to members of his own species. Sudan is remembered by his caretakers as kind and gentle, especially to tourists with whom he would take pictures in exchange for a nice back scratch.

The northern white rhino will be remembered as a victim of mankind’s violence and carelessness. Rhinos came under heavy attack during the wars of Sudan, Congo, and the Central African Republic when their meat and horns were traded for money and weaponry. Like the elephant ivory we focused on in last month’s post, rhinoceros horns are especially attractive to poachers who sell it for use in Eastern medicine and weaponry. Government corruption and widespread poverty make poaching a lucrative opportunity that is difficult to combat.

As the population of northern white rhinos dwindled from 2000 in 1960 to just 3 in 2018, (his daughter Najin and granddaughter Fatu are the last northern white rhinos still living), Sudan served as a living reminder of the importance of conservation. Now that he has passed away and his daughters are unable to reproduce, it is possible we will see the complete extinction of this majestic species within the next few years.

Throughout his life, Sudan’s caretakers kept him under constant armed surveillance, putting their own lives at risk to ensure the longevity of the species. Now, as we mourn Sudan’s death, risky reproductive experimentation remains the last glimmer of hope for the future of the northern white rhino. Using in-vitro fertilization and stem cell technology, scientists hope to develop new reproductive options that would allow eggs from Najin and Fatu to be extracted and fertilized with Sudan’s frozen sperm. But because neither Najin nor Fatu is able to carry a calf, scientists would have to implant the fertilized egg into a southern white rhino and hope that she could carry the calf to term. While the IVF technique hasn't been perfected, and more research is needed, we remain optimistic that science will succeed--if not for the northern white rhino, for other vulnerable species.

Sudan remains a powerful symbol and guiding light for us at Render Loyalty, and to so many who are grieving this loss. Last weekend, a memorial was held at Ol Pejeta to honor Sudan's life. Elodie Sampéré, of Ol Pejeta,  shared with us her sentiments and reflections on Sudan's impact:

"Sudan’s Memorial was a day to celebrate his life and his legacy. For all of us at Ol Pejeta, it was a very sad moment, but also a hopeful one. We are starting to see people all around the world waking up to the plight of rhinos and endangered species and we sincerely hope that the world will start to realise that we cannot continue to exploit our planet, resources and wildlife the way we have in the past. We want Sudan to be the ambassador for that message. To us, it’s the best way to honour him.”

The northern white rhino is just one of many species that is in danger of becoming completely extinct or nearly extinct within our lifetimes. While we may not be able to turn back the hands of time to save this species from eradication, we can learn from our mistakes. Please support the future of other vulnerable species by raising your voice with us in service of the voiceless, donating to wildlife conservancies, and voting with your wallet by supporting organizations that create change for our world’s animals.

To donate in Sudan's honor and to support the IVF research, please visit Ol Pejeta here. To support more threatened wildlife, please shop our fine art series here, where 20% of all sales are donated directly to our conservation partners. 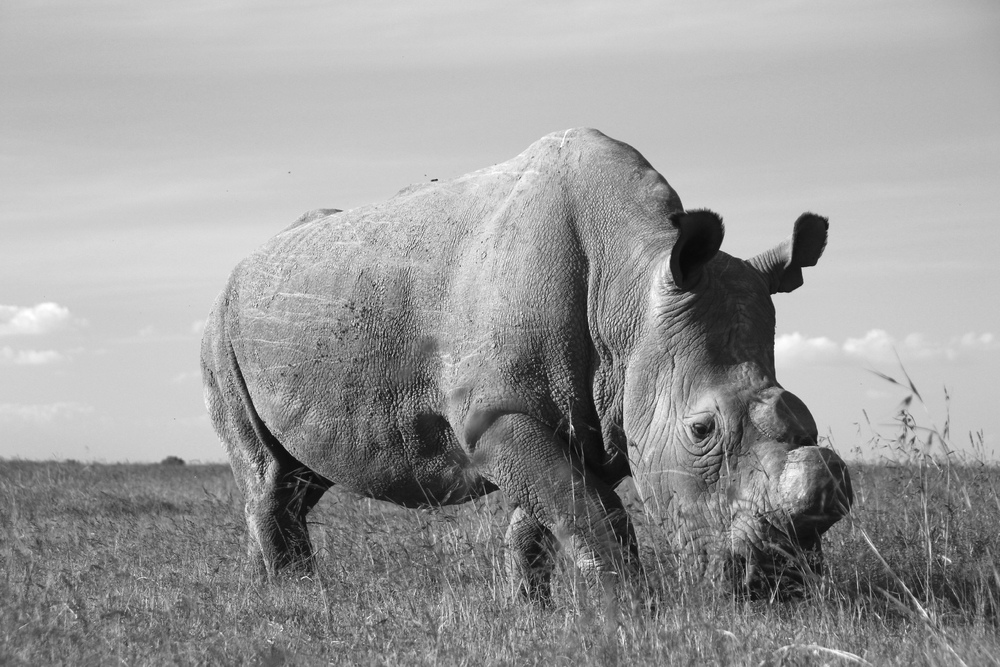 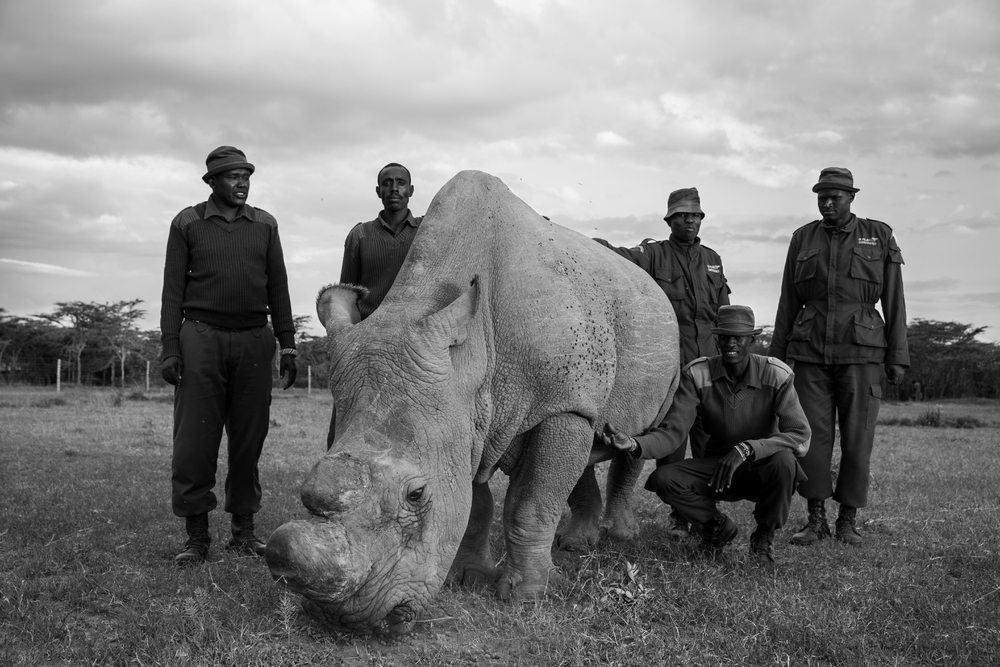 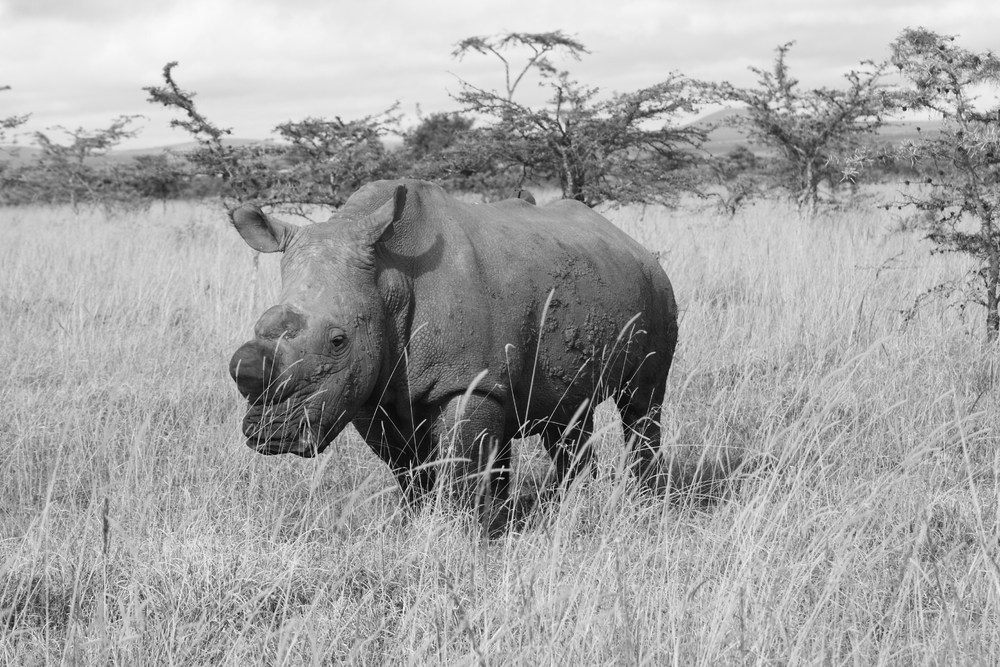 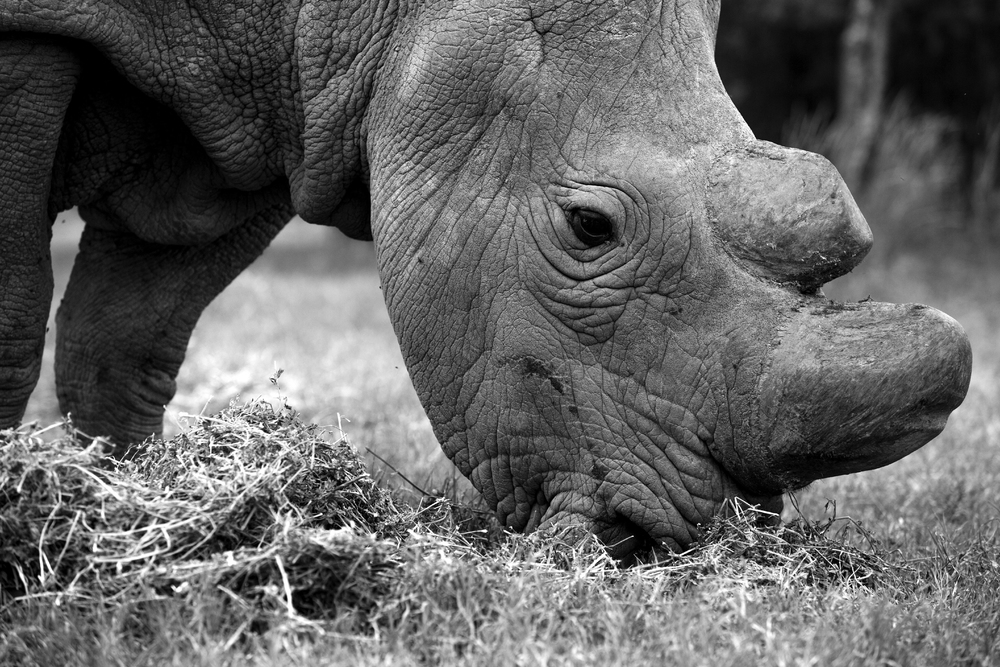 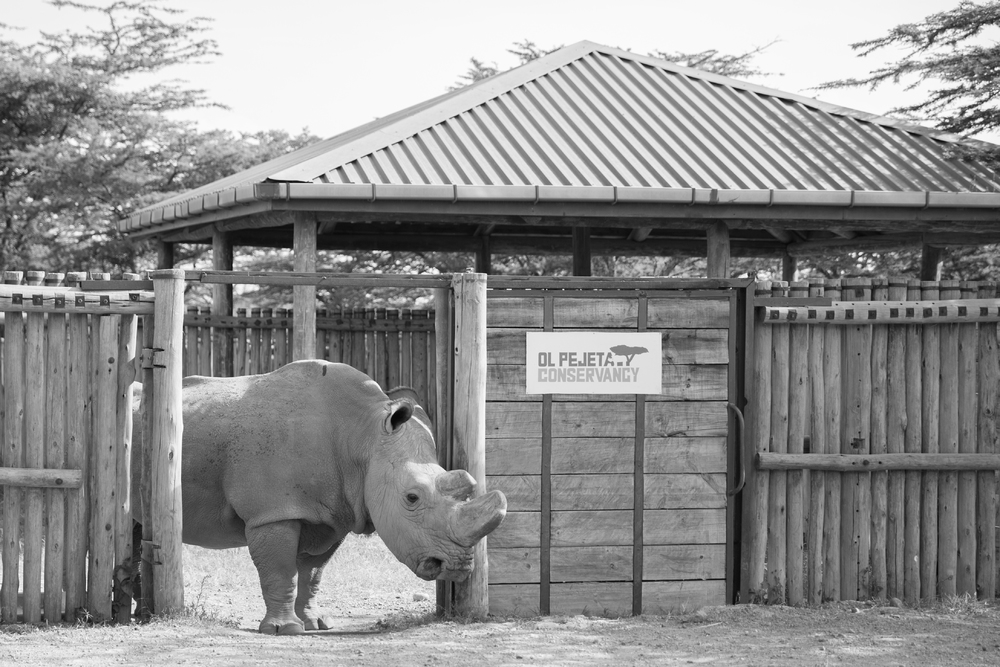 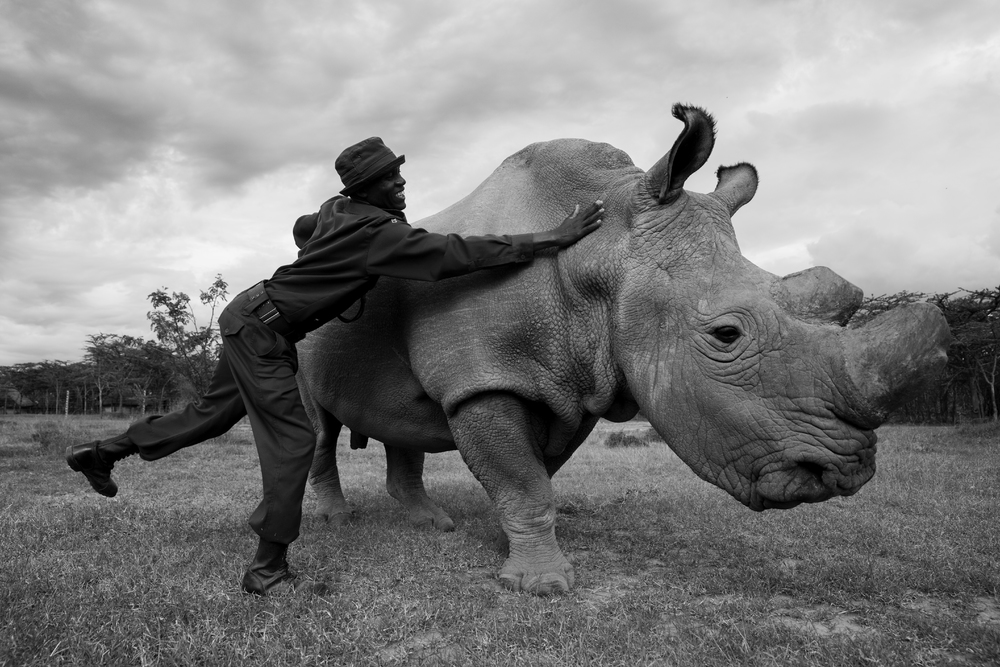 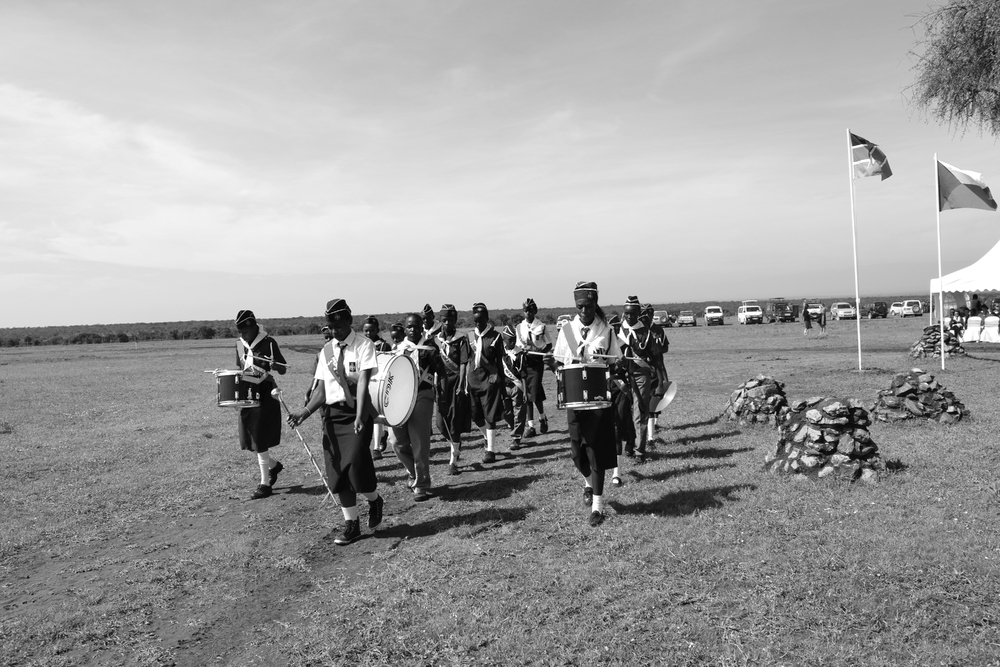 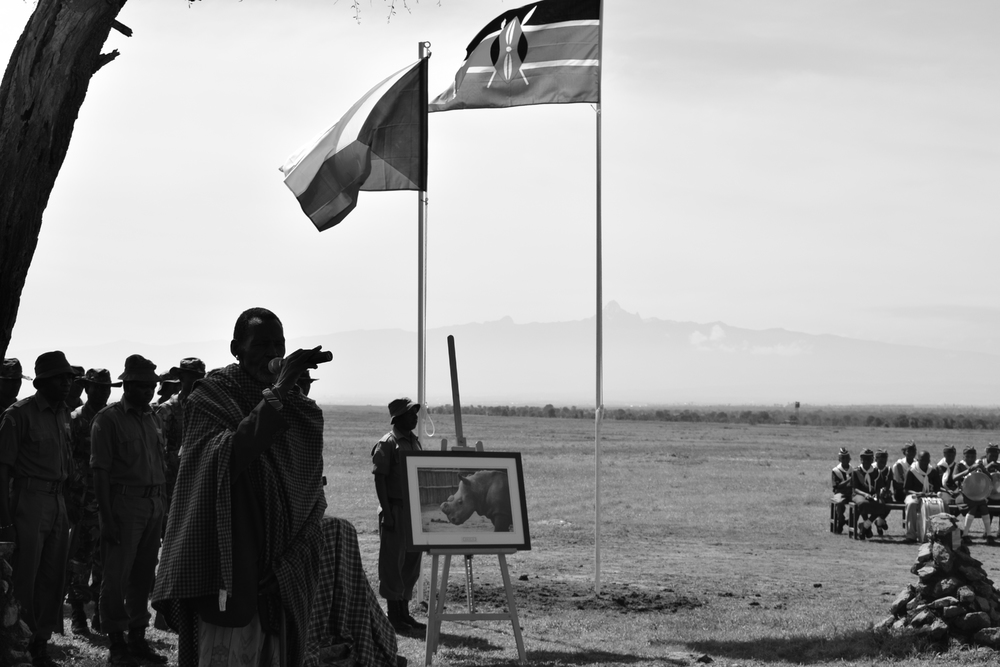 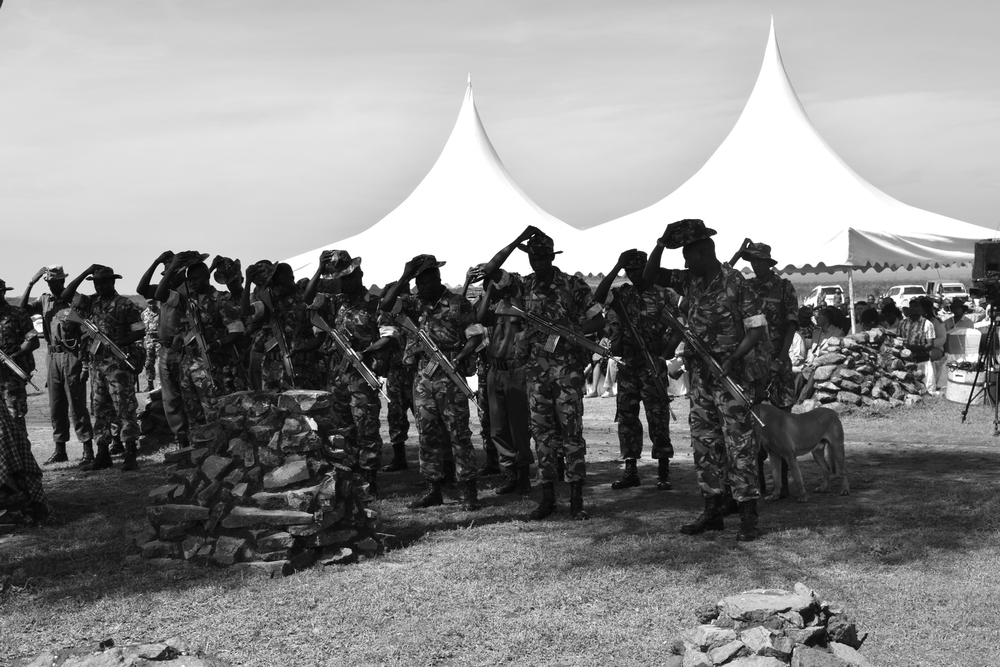 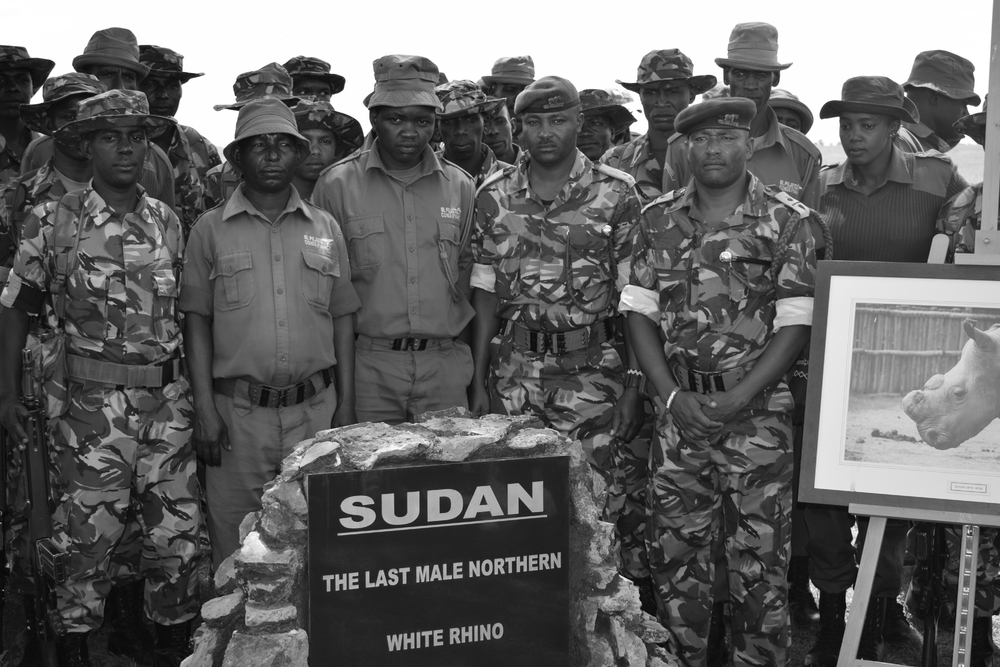 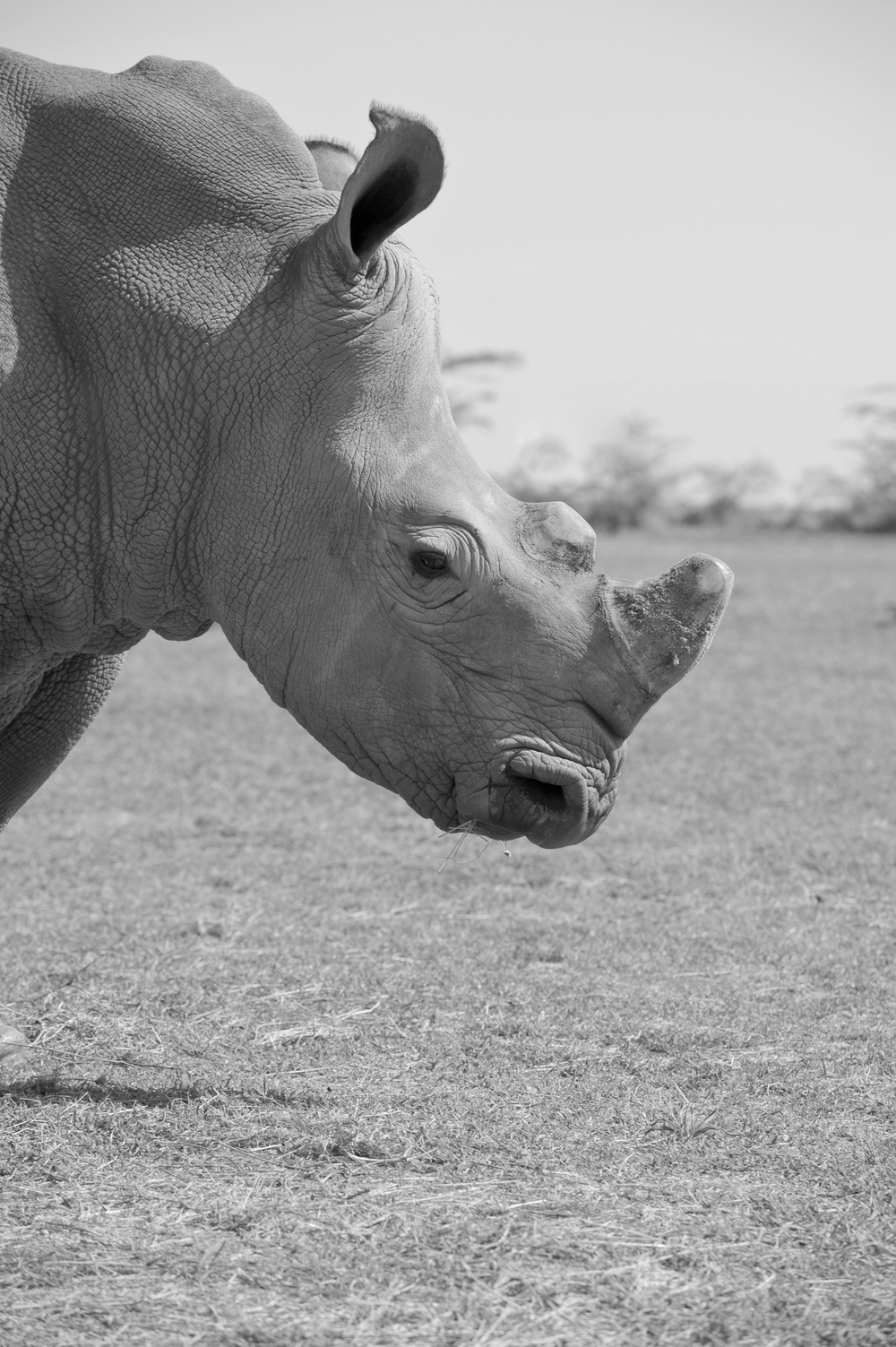